Do You have Impact? 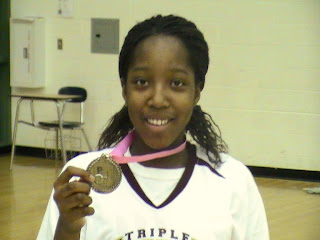 There is always the question of whether or not you make an impact. Meaning does what I do now, influence or figure in the equation of something when it takes its final form or as it take shape. A potter, who works with clay can see that the pressure from their hands and the rotation of the wheel can influence the outcome of the clay as it spins on the wheel. If the pressure is strong, it can collapse the object very quickly. However, if the pressure is just right, and the right amount of water is used with every rotation you can see subtle changes in the clay. This however takes time. Eventually the clay is formed to the liking of the potter. Or when a seed is planted it takes time for that seed to sprout. It does not just take putting the seed in the ground, or just watering or tilling the soil, or just sunlight and rain to make the seed grow into its full potential. We all know that potential is just unrealized energy right? But it’s a successful mixture of all those components that make the seed grow. So then, if you have a part in some ones life, then you have an impact. That impact can be negative, like too much pressure from the potter or positive, like the right about amount of rain. But either way, you have impact
I received a call from a parent of one of the boys that played on my AAU basketball team, named Team Cager. He was very excited at the fact that his son got a letter from West Point expressing interest in him and wanted him to attend in the fall of 2008. I shared in his joy, that his son was being recruited. I asked was this the first recruitment letter, he said “no” but it was the first letter of any importance. I began to smile because I know the young man, and he came through my foundation. His father thank me and the foundation for being open to allowing his son to play basketball and focus on his school work, and because of that we had given an “assist” in this young man getting this letter. At that moment, I realized that I had an impact on some one’s life. I was not the total reason for his success, but again I was part of the equation that will figure into his success. Final thought, be aware that you are in an equation in peoples life. Whether you intend to or not, you will have an impact on the people in your circle. Why it not be that positive variable in that delicate formula of success and failure, encouragement, and discouragement. Understand, just like that growing seed or a plant, if one necessary element is out of balance the result can be fatal. Just like the right mixtures of elements can produce a wonderful blossoming flower for the world to enjoy. Having said all that I guess I answered the question. Do you have impact? Yes you do.

Have you lost your WHY?

The Fall is a time to reflect. So the question is, have you lost your WHY? You know the true reason why you do what you do... Sometimes we are so caught up in the "doing" of the thing that we forget “why” we are doing it in the first place. Taking a step back to enjoy the fruits of your labor is a great time to recharge-readjust-and work harder. The old saying "do what you love and the money will follow" is true. Have you ever noticed that when you work in your passion, it is not work? You can go all day every day. 24-7. But when you don’t stop to look at history, the impact you have made, and the blessing it is to have the talent and skills you have, you start to take it for granted. At that point, it becomes a chore. Just ANOTHER to be done- on the- to do list. It happens to us all. Therefore, to battle that level of laziness, put a reflection day on your calendar so you can evaluate your game plan and make adjustments. Then get gassed up about what you’re doing, or change how you did it. But at all cost don’t lose your WHY. Because once it is gone, you will be asking yourself, what was I doing for such a long time and why was I doing it.....

Get Back On Defense

Having played sports growing up and now enjoying the thrill of cheering for my children as they play, I have a tendency to illustrate life's lessons through sport analogies.  There was one that I repeated to myself on a regular basis after I started my business that I'd like to share and it's "Get Back On Defense!"

It is instinctive to want to celebrate after you put the ball in the air and score a 2-pt jumper; even more exciting with a 3-pointer or a drive to the goal through several defenders to a score.  I can only imagine how I would celebrate actually dunking on someone (on a 8 ft goal and not a trash can).  The thrill of the moment sends you in the air for a high five or as guys do it, bump chest.  But you must realize that the game is still being played... IT'S NOT OVER til the final buzzer.  If you stop to have a party every time you score a couple of points, you can lose focus and lose the game because while you celebrate, your opponent is scoring.

I'm saying this to say, as you progress towards your life's goals, you will undoubtedly hurdle an obstacle or two or three.  Acknowledge the victory, but KEEP MOOVIN4WARD!  Graduating from high school is a big, BIG deal.  But some enjoy it so much that they stop there, not realizing they are but half way, if that.  Others get excited about actually making it to college.  Maybe the goal was to be the first in the family to achieve that goal.  But many fail to stay the course and don't reach graduation because too much attention was on actually getting there and not on getting out.

By all means enjoy your milestone successes, but don't allow those successes to take you out of the game.  There are many more 3-pointers, drives, and maybe even an unanticipated dunk in your future.  Until the buzzer sounds, stay in the game.  Don't lose focus!  Hustle back down the court!  Get back on defense!

-Sharon A. Myers
Posted by Sharon at 4:22 PM No comments: